With this second beta release, Briar GTK goes all international. Thanks to the amazing Localization Lab Translation Teams, Briar GTK is now translated into more than 20 languages. 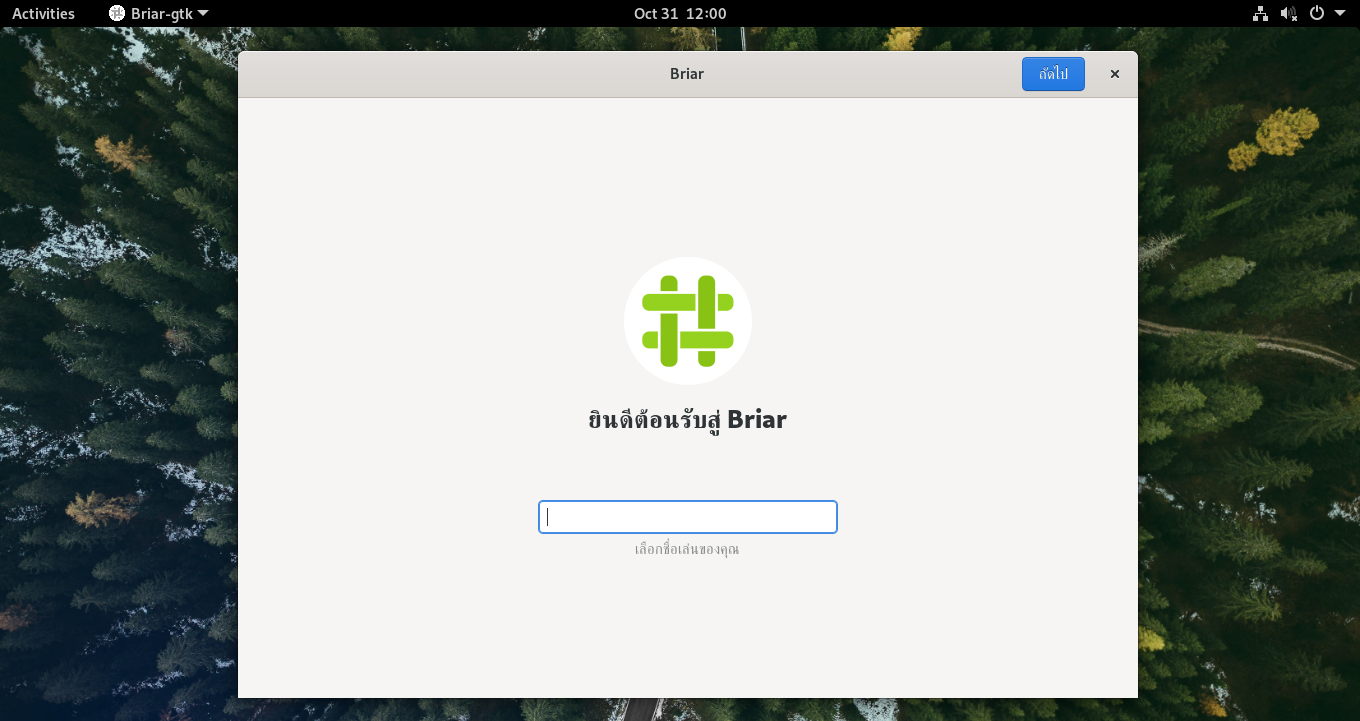 Briar GTK welcoming you in Thai.

All this happened within less than two months of voluntary work. When Briar GTK got included in Localization Lab’s Transifex platform, just 24 hours later it already got translated into various languages as shown in this tweet with Persian. To honor their amazing work, this release is dedicated to the Translation Teams at Localization Lab. 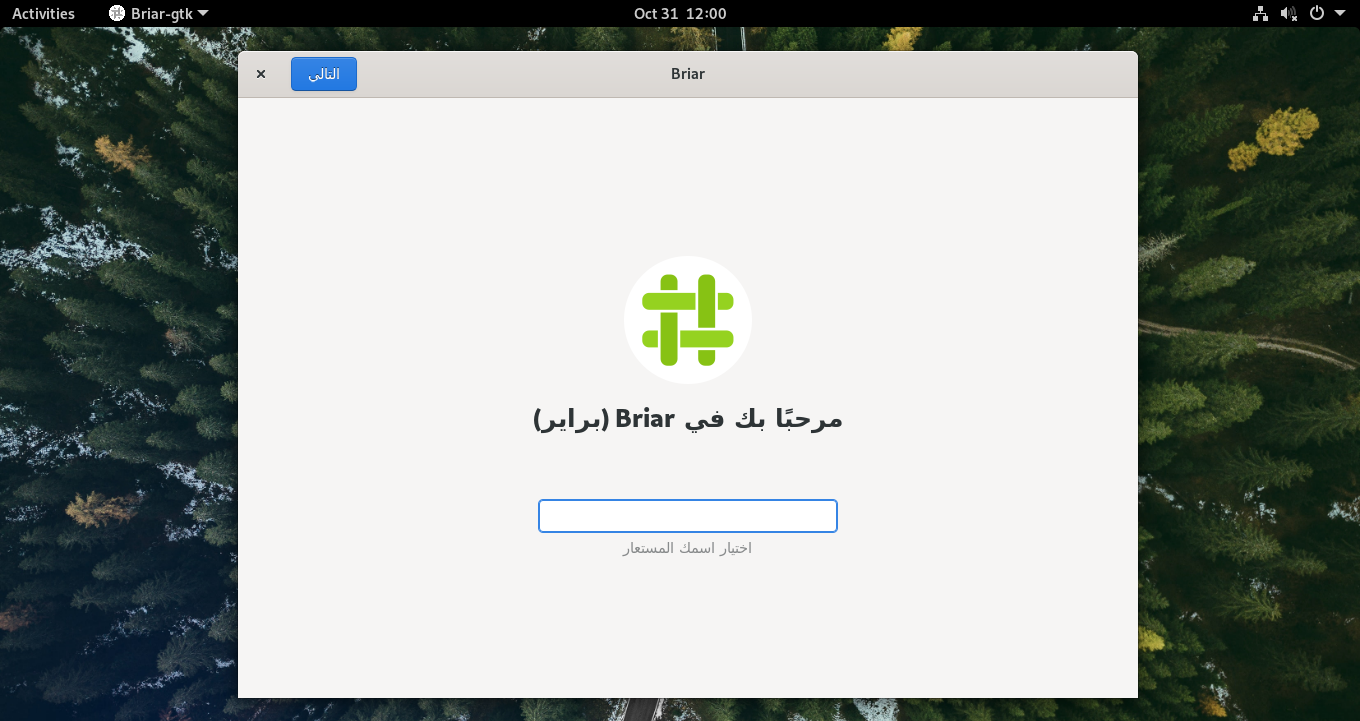 The full list of translations beside the already translated Spanish and German is here:

For this beta release, I decided to set the translation limit to 60%. That means all languages having at least 60% coverage in Briar GTK’s core components got included in this release and will most probably also be included in future beta releases. For an eventually upcoming first stable release, I’ll most likely follow Briar Android with its 80% barrier, but might also go with a limit 100% reviewed. That’s still a decision to be made.

This beta release is not just about new translations. Other improvements in this version include:

As with the first beta release, updating to the new version is as easy as calling flatpak update or installing the new .deb files. If you’re new to Briar GTK, you might want to look at its installation instructions to learn how to install it. Keep in mind that Briar GTK so far only supports private chats via the Internet/Tor. Support for communication through local networks or Bluetooth isn’t implemented as of now. 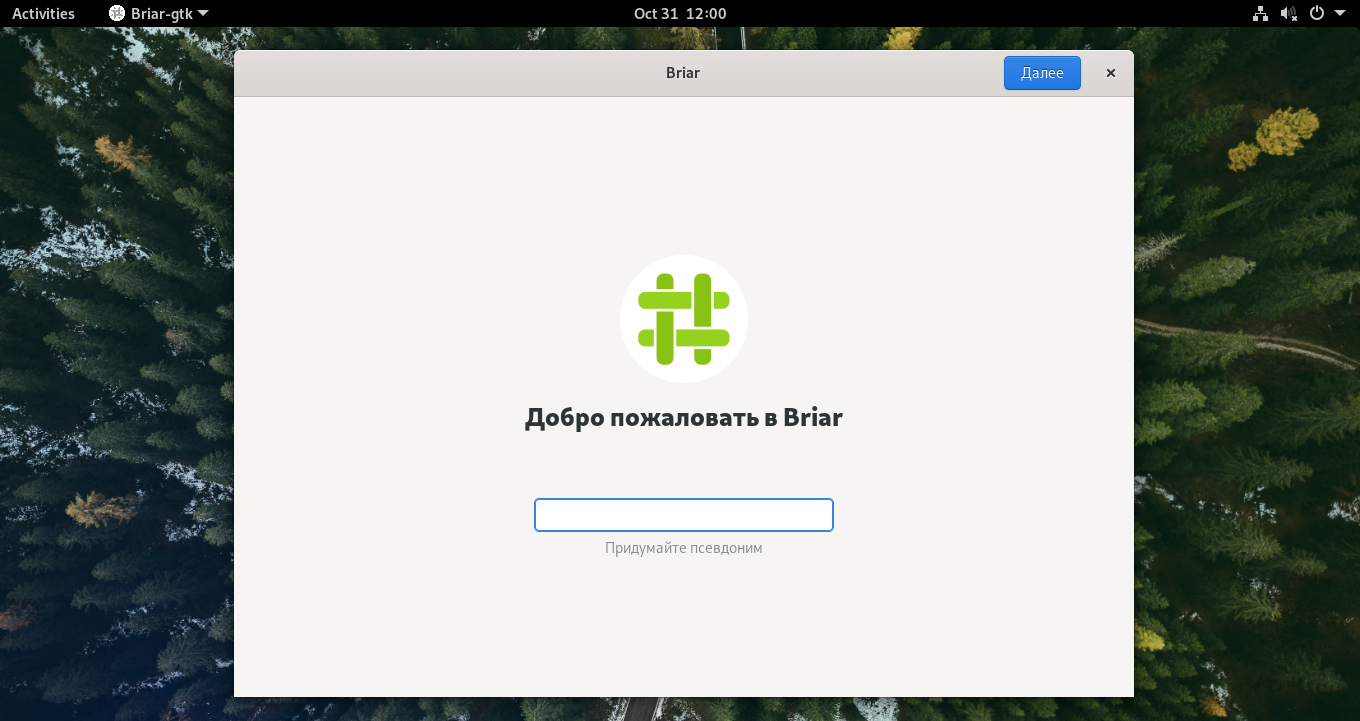 Briar GTK greeting you with “Добро пожаловать” in Russian.

If you want to stay informed about what happens to the outer Briar universe, make sure to subscribe to this rss feed which will keep you up-to-date on everything happening around Briar on this blog.